Warning: Use of undefined constant php - assumed 'php' (this will throw an Error in a future version of PHP) in /home/customer/www/luxurytiaras.com/public_html/wp-content/themes/luxury-tiaras/single-post.php on line 25

Warning: Use of undefined constant php - assumed 'php' (this will throw an Error in a future version of PHP) in /home/customer/www/luxurytiaras.com/public_html/wp-content/themes/luxury-tiaras/single-post.php on line 34 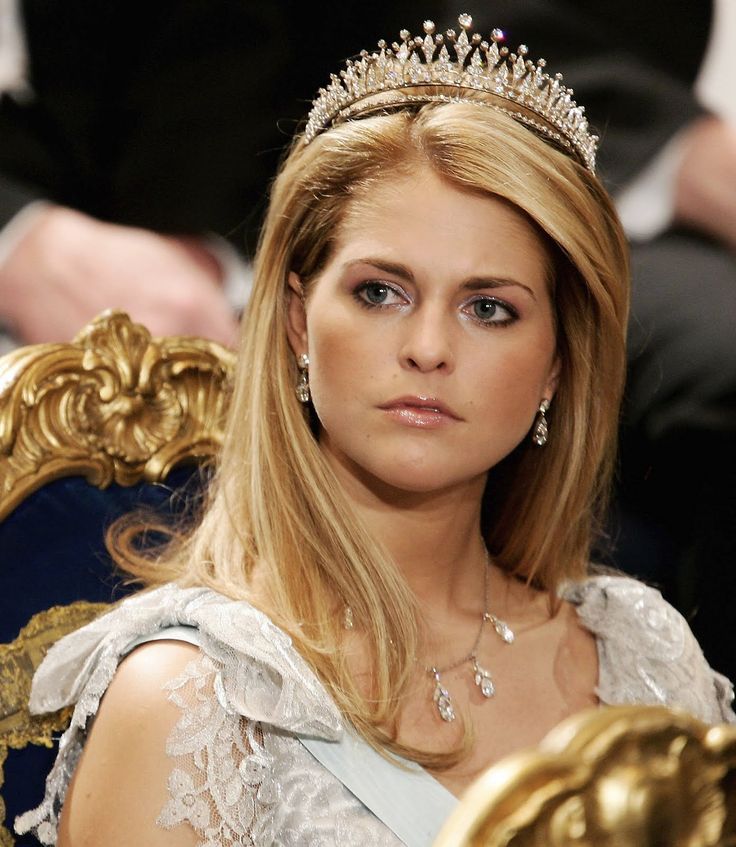 When we talk about diadems, there are always certain questions. For example, who wears them? In which cases a tiara should be worn? How to put them on correctly? Are there any rules or restrictions? What the differences between diadems and tiaras are?

There is no easy answer about who can wear diadems and in which cases. A lot depends upon etiquette and dress code for each situation. Consequently, there are many points of view, and there are no clear and strict rules that may force you to wear a diadem. To be honest, only the opinion of other people keeps a lot of women from buying diadems and wearing them in their daily life. Nevertheless, there are certain rules in wearing diadems and tiaras.

Who can wear tiara?

In the past times, only notables and royalties could wear diadems. In this way, they accentuate their status, however, it must not be forgotten that only the richest people could afford this jewelry at that times. Wearing a diadem or a tiara was also a privilege of married women. It was believed that young girls did not need to have such jewelry. Most commonly, a diadem was a wedding gift for a bride.

Today, of course, our society has become more democratic; however, there are still some rules and restrictions. At present-day events, diadems or tiaras most commonly can be seen on female members of high society or royalties. Nevertheless, diadems are regularly put up for auctions and bindings. Strange as it may seem, these people put up their jewelry for sale.

The rule that prohibits unmarried princesses wearing a diadem is also a thing of the past. Today a lot of unmarried girls from royal families wear tiaras, and nobody is surprised anymore. There is an unofficial rule stipulating that only 19-year-old girls are allowed to wear a tiara. However, each family has its own etiquette. It is very rare to see a bridesmaid or a bride wearing a diadem. But there are some examples of the contrary: Maxima put tiara on for her engagement; Carina Axelsson, a longtime partner of Prince Gustav of Sayn-Wittgenstein-Berleburg, can often be seen wearing a tiara. As to ordinary unmarried girls, where they can wear tiaras? However, it is possible to assert freely that if you have a diadem, wear it and be proud of such amazing jewelry without any doubt.

In what cases a woman should wear a tiara or a diadem?

In the past century the answer would be the following: it should be always worn. King George V and Queen Mary even had their dinner in full dress and tiaras. Tailcoats for men and evening dresses for women were an unchanged dress code while visiting some performances or a theatre. Today, people less frequently have a chance to wear such elegant pieces of jewelry. However, you can still wear a diadem if it is required by dress code of the meeting.

It is important to pay attention to daytime of the forthcoming event. Tiaras and diadems are mainly jewelry for evening outs, but, in some cases, diadem is appropriate for day wear. For example, the wedding celebration of Swedish Crown Princess Victoria started at half part three and lasted until late evening. As a rule, women wear elegant hats at the day festivities.

Type of event. The more formal and important the event is, the more likely it is that you should wear a tiara or a diadem. However, some celebrities (for example, Elton John) organize private balls and parties where all guests should comply with the dress code: tailcoats, evening dresses and diadems.

Men in tailcoats and women in evening dresses. In special cases this phrase is indicated as dress code in the letter of invitation. Such dress code requires tailcoats or military uniform for men and evening dress with a tiara for women. However, tiaras do not always enhance evening dresses. For example, at the wedding party of Princess Natalie all men wore tailcoats, but all women were without any jewelry.

Dinner-jackets and evening dresses. When men are dressed in dinner-jackets on the meeting, their ladies should not wear diadems. But there are some exclusions: for example, at Dutch Queen Margrethe 70-th birthday party, you could see men in dinner-jackets and some women in tiaras. English Queen Elizabeth II sometimes wears her tiara during her foreign official receptions while the dress code of such event requires dinner-jacket for men.

The kawa of royal events is always carefully discussed; however royalties are not insured against embarrassments. In 2001, during her official visit to the United Kingdom, Queen Rania put on her tiara at the meeting that did not require wearing this jewelry, while Queen Elizabeth followed the kawa and did not wear her tiara. Grand Duchess Maria Teresa got in a similar trouble during her official visit to Sweden. She had to take off her tiara once she saw women from royal family without this jewelry.

Any woman may disregard these rules if she does not want to wear a tiara or she hasn’t got any even if it is required by the meeting. In recent times, during the Noble Prize ceremony, ladies from Swedish royal family could be seen with elegant brooches in their hair instead of sparkling tiaras. Queen Fabiola hardly ever wears a tiara after the death of his husband. By the way, she never wears a blue ribbon.

It is extremely difficult to define all rules and canons for such amazing jewelry. There is an exception to every rule.